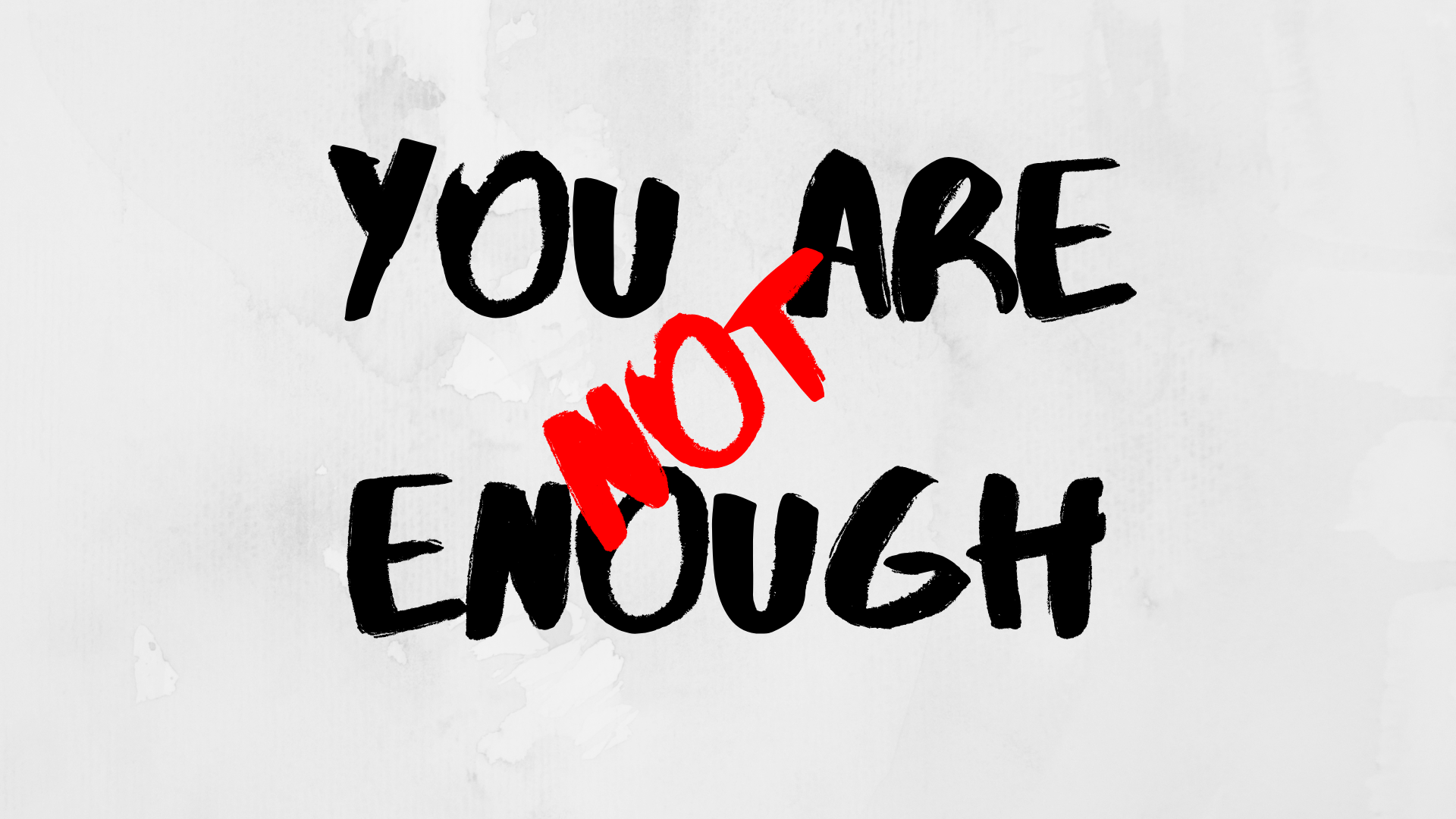 School administrators were caught off guard when Bryce Dershem, valedictorian of the Eastern Regional High School class of 2021, stepped up to the podium and began delivering a very different speech than the speech that had already been approved.  The new speech, which was clearly memorized, focused on his experience as a self-identified queer student before his microphone was turned off. His speech was temporarily cut short by Principal Robert Tull.  Dershem was given another microphone and continued with his remarks.  He concluded his speech by telling his classmates and the audience, “Each and every one of you is enough. Each and every one of you can and will change this world.”

Bryce Dershem’s speech that day is troubling for many reasons. Still, the last two sentences especially caught my attention because the words of an LGBTQ+ activist strangely mirror the words of evangelical preachers.  In churches and summer youth camps across America, believers will hear an identical refrain–“Each and every one of you is enough. Each and every one of you can and will change the world.” When pastors are parroting a message that is indistinguishable from secular thought, we have a problem.

It’s an unpopular truth, but the Bible never asserts that you are enough.  In fact, the biblical message is the exact opposite—you are not enough.  Every person is created in the image of God, and every life is precious.  But every person is born spiritually dead (Eph. 2:1), an enemy of God (Rom. 5:10), and entirely compromised by sin.  Every person is therefore condemned because of their sin (Rom. 5:18), and everyone falls short of the glory of God (Rom. 3:23). Because of our natural condition, we are incapable of trusting God or believing His Word (John 15:5). Therefore, we are not enough and must have divine aid to understand the gospel and come to Christ in repentance and faith (John 6:44).  By God’s grace, the Holy Spirit gives us understanding, and He regenerates those who believe in Jesus alone as Savior and Lord.

After regeneration, believers remain entirely dependent upon God for sanctification—the life-long process whereby we learn to live according to who we are in Christ.  While every believer is made complete in Christ (Col. 2:10), we rely on the power of the Holy Spirit to teach us, guide us through the word, seal us, and protect us.  He also empowers us to honor God and grow in grace and in the knowledge of Christ Jesus.  The biblical message is not “you are enough” but “Jesus is enough.”

Furthermore, telling believers they can change the world or branding them “world changers” is also troublesome.  It is true that God, throughout history, has shaped the world through the faithful proclamation of the gospel.  Additionally, we know and rejoice that those who believe the gospel are changed and that personal change often affects others.  However, no believer is called to change the world.  Burdening people—especially teens—creates an expectation that can and will crush the spirit of God’s people when the anticipated change doesn’t happen.

Instead, the biblical message is that every believer is called to faithfulness.  We must faithfully share the message of salvation through Jesus alone.  We must faithfully pray, serve, give, and go into the world as we have been commanded. We must faithfully pursue holiness—teaching and showing others how to live as redeemed ones.  At the same time, we must remember that God changes people, and we ultimately trust God to change the world.  Yes, God uses people, but God receives all the glory for any change in us and through us.  And, if you live faithfully, but the world doesn’t change, you must remember that God has not failed.  Furthermore, you need to know that you did not fail.

God’s word provides a powerful example of faithfulness and apparent futility through the life and ministry of two prophets, Isaiah and Jeremiah.  God called both men to proclaim His word to the hard-hearted people of Judah, and He revealed that both men would be ignored by the people they were called to reach. Ultimately, God never sent them to change the world, but He did call them to be faithful.  According to the “change the world” philosophy, Isaiah and Jeremiah were miserable failures.  But were they really?

In the same way, believers, young and old, need to understand that they are not world-changers; they are disciples.  As they follow God, God will change them just as He promised, but He never promised to change their family, school, or workplace.  Telling believers to change the world is sending them on a mission they cannot complete.  Telling believers to change the world places a burden on their shoulders that God never intended them to carry.  Unfortunately, such a burden paves the way for discouragement, despair, and disillusionment.

Our message should always be faithful to Scripture.  That means our message will often be counter-intuitive to the philosophies of the world.  Christian, you need to know that you are not enough, but Jesus is enough, so rest in and rely on Him.  You must understand that God does not expect you or even need you to change the world.  But God can and will change you.  Love God, honor God, and live each day for God’s glory.  Find your fulfillment in Christ and let Him satisfy you.  This is the difference between a secular man-centered philosophy and a biblical God-centered reality.

For God’s Glory and Our Mission