The Craziness Around Us 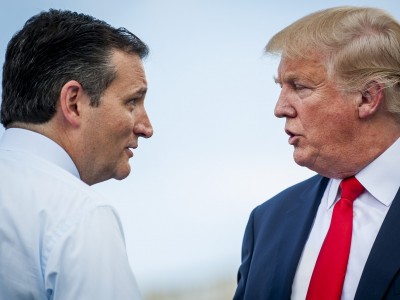 Is anyone tired of politics, and politicians yet? This whole election cycle is descending into an unimaginable pit of chaos, vitriol, and violence. However, the things we are witnessing aren’t really that surprising because they are simply the presenting symptoms of an underlying disease we’ve known, and preached about for many years.

Proverbs 29:18 tells us “Where there is no vision, the people perish”. This Proverb is often interpreted to mean that believers need to have a vision for discipleship, church planting, or some other ministry program, and if we have no such vision the people around us are going to die and spend eternity in hell. However, that particular Proverb has a much deeper, and I believe, a greater meaning. The vision referred to is not, as Andy Stanley writes in his excellent book, Visioneering: “a clear mental picture of what could be, fueled by the conviction that it should be.” Instead, the vision spoken of is a “supernatural word of revelation from God”. When the Proverb was written, the author was referring to God’s Word as given, and then reveled to the people by the prophets. Today we would refer to this vision as God’s Word, or the Scriptures (2 Peter 1:19-21). Therefore, the author was referring to the absence of God’s Word in a given society.

The second half of the Proverb reveals the effect of an absence of God’s Word, “the people perish”. The Hebrew word yippāraʿ, which is translated “perish”, does not mean to die or be killed, nor does it mean to disappear or be destroyed. The word actually means to cast off all restraint, or to be out of control. It is a word that depicts spiritual, moral, and political anarchy. When these two words are put together, the original meaning of the Proverb becomes very clear: where there is an absence of God’s revealed Word the people will cast off all restraints, and live as though there is no authority to govern their lives. Brothers, are we not seeing the truth of this revealed all around us?

When God’s Word is faithfully communicated by God’s people, it brings order and civility to churches, to schools, to communities, and to government. The problem is, our culture has turned from God’s Word, and chaos has filled the vacuum. The Ten Commandments have been removed from public view, and schools no longer allow God’s Word to have a place in the classroom. Those who aspire to political office see God’s Word as nothing more than a prop to be used in order to secure the Evangelical vote, while churches promote God’s Word as a “how to” manual, instead of faithfully preaching the truth of the gospel to transform lives. The disease is the absence of God’s Word, the symptom is the chaos we see on every evening newscast, and the cure is for God’s people to boldly communicate the Word, faithfully, accurately, and powerfully. The craziness around us shouldn’t surprise us, but it should motivate us to press on, because the world needs the Word.

For God’s Glory and Our Mission